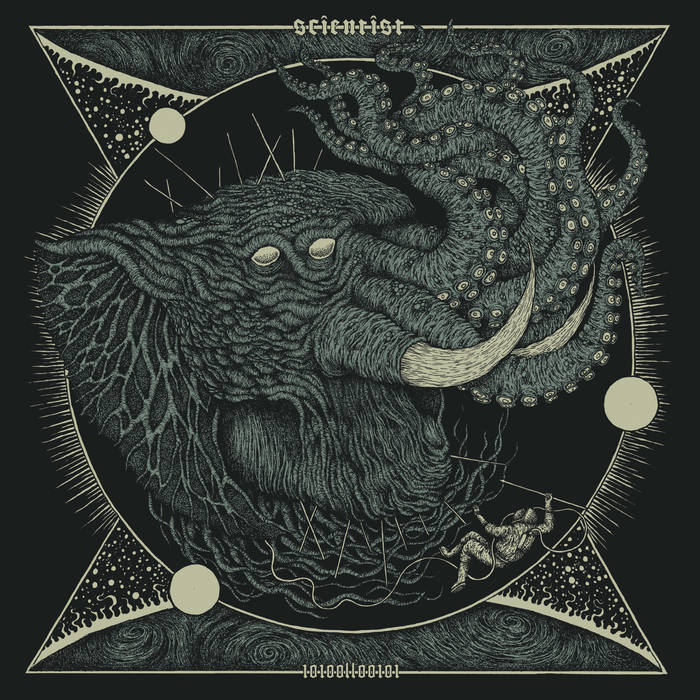 “Scientist have created a sprawling, sludgy expansive record for fans of Remission-era Mastodon and Neurosis, this album could be up there with some of sludge metal’s finest.” Louder Than War

“As anthemic as it is mind boggling 10100II00101 is a brilliantly put together work that simply flows, and with that in mind the band has been able to carry me off to distant lands and embrace a bold and unique new future for the music that we love.” Metal Injection

Following on from their 2013 self-titled debut, 10100II00101 is the second full-length album from Chicago’s self-proclaimed ‘architectural metal’ quartet, Scientist.

Originally self-released back in December 2015, the progressive heavy hitters return with an official worldwide release of the album this summer after capturing both the imagination and ear of Hell Comes Home.

Engineered by Sanford Parker (Minsk, Corrections House, Buried At Sea) at Minbal Studio and mastered by Collin Jordan (Eyehategod, Indian, Wovenhand, Voivod) at The Boiler Room, on 10100II00101, the adventurousness the band displayed first time out is dutifully enhanced with the addition of guest vocal appearances by the likes of Pale Horsemen’s Andre Almarez, Anthony Cwan of Without Waves and James Clayton Bowman. Making this less of an album and more of a jarring, love letter to their instrumental past.

“Imagine the best bits of American Heritage, Clutch and ISIS delivered with the seismic impact of Mastodon’s Remission. 1010II0101 is a pioneering piece of research at the cutting edge of riff technology that demands your attention.” (The Sludgelord)